Get a Seasonal Boost 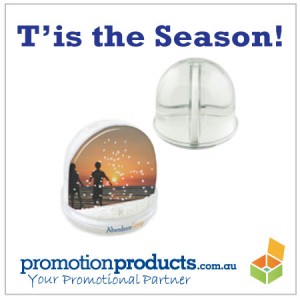 When a Promotional Snow Globe comes to mind, our thoughts turn to a London’s Big Ben or the Eiffel Tower, lost in a swirling mist of fake snow. Somewhere, you then need to slap on a logo somewhere and ruin the winteresque ambience. No, that wouldn’t work.

Just as well then that our promotional snow globe incorporates technology allowing you to step outside the confines of 70’s design and introduce modernity in the shape of your own logo or organisation’s figurehead.

We’ve known of corporate teams dressing up as Father Xmas and Elves, and posing for a photo that slots into the middle of the snowstorm. Tacky? Yes but invariably fun!

And that sums up the benefits of a promotional snow globe – to step away from the mundane and predictable corporate gifts, and choose an option which doesn’t take itself seriously all the time. A gift which knows how to relax, to let its hair down and prove that
successful enterprises employ real people with creativity and passion for life.

If so, you’ll need to start communicating that, and fast. Choosing a promotional desk and office gift which breaks the mould demonstrates an attitude which is different, it’s a powerful way of saying you and your people are not like the competition…your photograph dressed as Santa will demonstrate this superbly!

Look outside folks – strike while the iron is hot and the snow season is in full flow!